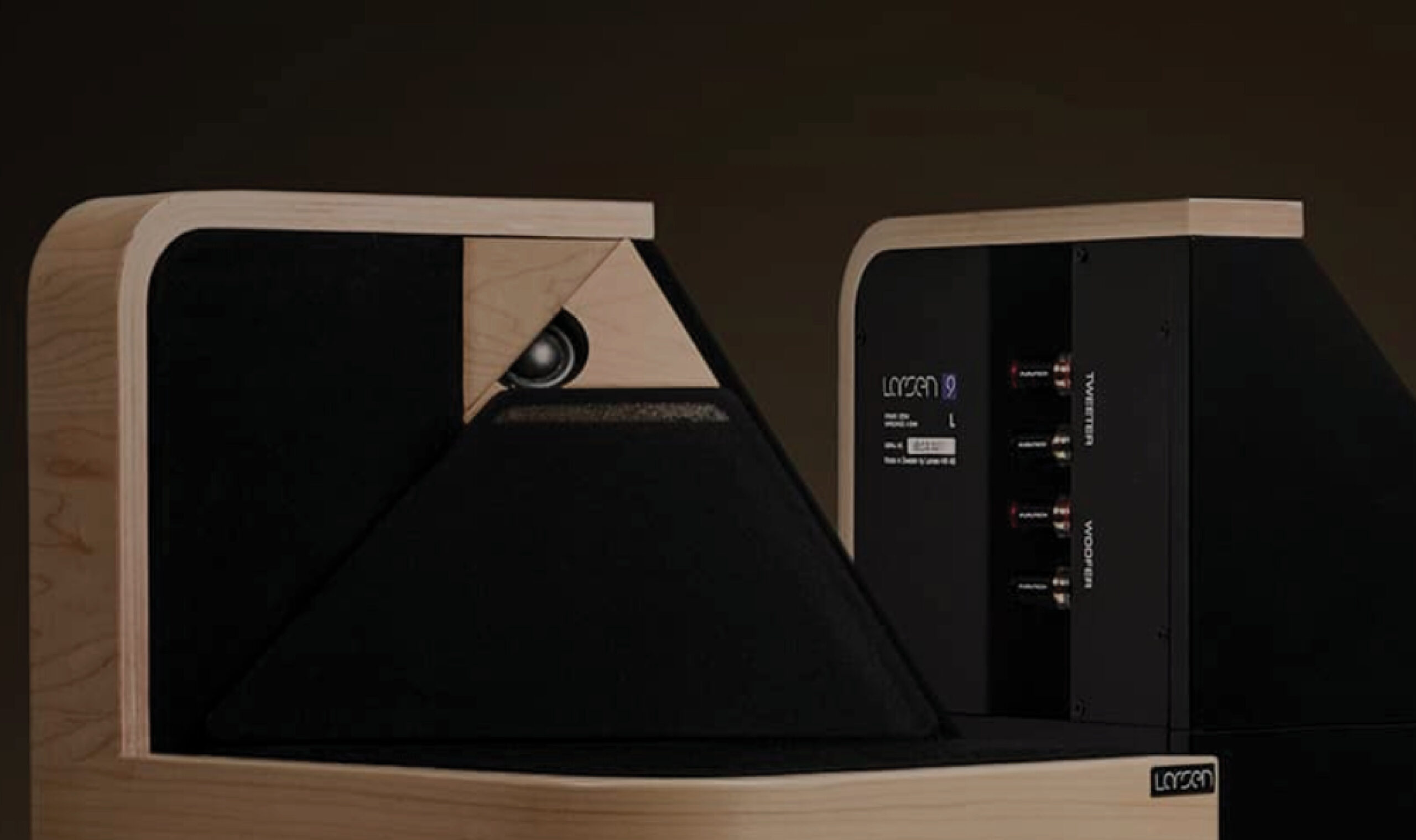 For better or for worse – usually for the worse–all speakers interact with the room in which they are used.  The largest problem is typically the bass frequencies, whereby the direct radiation from the woofers interferes with the sound reflected from the front wall behind the speaker. For most speakers, the best one can do is pull the speakers out from the wall, usually about three feet.

John Larsen, working with the late Stig Carlsson, too a very different approach. They believed that the best way to deal with front wall reflections was to essentially prevent them. Accordingly, they designed a speaker (there are now four such models in the Larsen line) that were intended to be positioned directly against the front wall. To maintain coherence, they took the unusual approach of positioning the tweeter and midrange drivers at an angle. The end result are speakers of modest dimensions which play surprisingly deep, do so with thigh and tuneful bass, and with a wide sweet spot reminiscent of live music.

LARSEN speakers lack eschew certain audiophile properties, such as pinpoint imaging (and bright, hyper-detailed and etched higher frequencies. Instead, Larsen speakers present a non-fatiguing sound that is very much like like music. 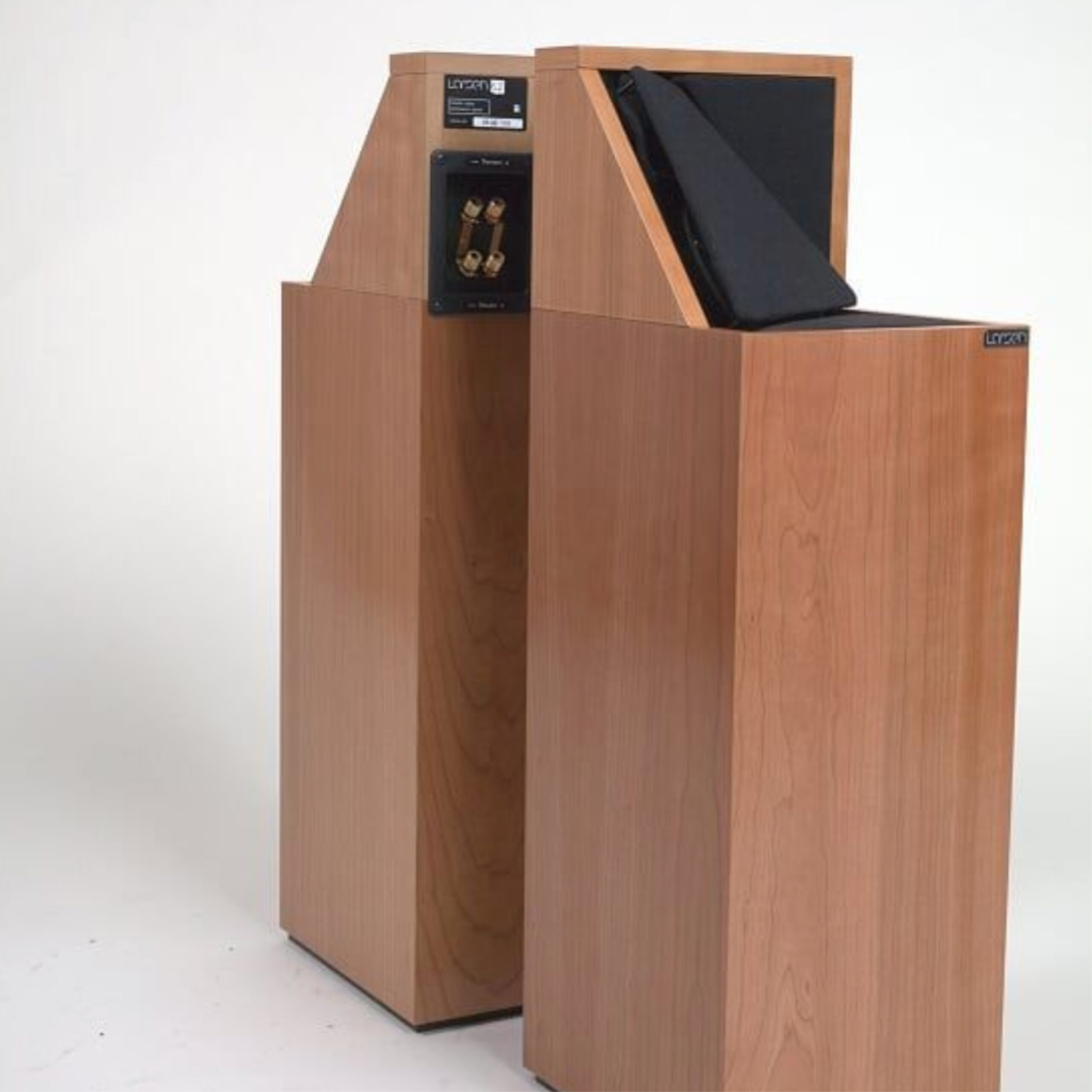